Located in Zurich, Switzerland, Limbic Life develops and distributes the Limbic Chair for weightless sitting and freedom of movement. Motion sensors in the chair allow precise control of virtual reality (VR) and other applications in gaming, medical diagnostics and engineering.

Dr. Patrik Künzler, the director and founder of Limbic Life, created his company soon after his time at the MIT Media Lab, when he returned to Zurich.

“The principle of form follows function originated in the 20th century,” says Künzler. “Today, we develop products that are fun, healthy and useful based on neuroscience and medicine.”

This idea for a new type of chair was created at the Massachusetts Institute of Technology (MIT) Media Laboratory. After Künzler received his doctorate in medicine at the University of Zurich and doing post-doctoral research at the Picower Institute of Learning and Memory (also a part of the MIT) where he studied neurology and the limbic system, Künzler put his vision into motion.

“The limbic system connects the body with emotions, and emotions with the thinking brain,” says Künzler. “In evolution, the limbic system was developed during the mammalian development phase. The ‘mammal brain,’ which all mammals have, regulates sensations such as concern for offspring, fear, love, lust, play instinct and learning through imitation. There are certain movements, which we call incentivized movements that can cause and express feelings of happiness.”

The chair for weightless sitting

Together with students from the MIT Media Laboratory, Künzler used the chair as an example of a new approach to product development based on research. Instead of following the traditional pattern of form follows function, they wanted to create a chair that conveys feelings of flying and weightlessness.

Initial sketches were drawn, and prototypes were made; first on paper, then later of laminated plywood. The sensation of free, weightless sitting could by conveyed by two independent, specially suspended shells that support an individual’s thighs. This confirmed the experiment’s success.

The chair as an input device

In a follow-up project, the fast and precise movement impulses of the body recognized from brain research were used to control a game console. For this purpose, shells were equipped with motion sensors, a game program was analyzed and the control options were programmed.

“We digitized the chair and developed an input device from it,” says Künzler. “This confirmed the thesis that some movement sequences can be controlled faster and more precisely with the legs than with the hands.”

An idea becomes a product

The Limbic Chair, which is marketed by Limbic Life, was the result of years of work based on experience and insight. Over 200 global customers own one or more of the custom-made models, which are recognized as remedies by select health insurance companies. The chair is being redesigned for mass production to offer its benefits to a larger audience.

In 2016, Schätti AG Metallwarenfabrik (Schätti) became a development and production partner. Schätti assists product developers and designers in converting their designs into products that can be manufactured and meet market demand.

Schätti’s team of designers has consistently deployed Solid Edge software, as well as other solutions from Siemens Digital Industries Software. They feel Solid Edge is an easy-to-learn solution that offers the perfect blend of functions.

“For us as a product developer and manufacturing company, Solid Edge offers just the right mix of functions that we need,” says Thomas Schätti, founder and designer, Schätti. “In addition, the system is unbeatably easy to learn.”

The company’s goal was to advance the Limbic Chair from the individual production stage to series production. Solid Edge helped make that goal a reality, allowing the company to develop a shell shape made of carbon fibers suitable for all users, according to Künzler. Those seat shells will soon be injection-molded from plastic. The company does this by generating CNC programs, which connects the Schätti partner plant in Bulgaria through a continuous process chain.

All project-related data is managed by Teamcenter, partly in the background during design with Solid Edge. This allows approvals, design and production parts lists, change management and version statuses to be mapped across multiple locations.

“Relying on Teamcenter as a single source for information, we have achieved an enormous streamlining of the processes,” says Schätti. “Now we’re extending the application to purchasing and production.”

With this infrastructure, the Limbic Chair is expected to be ready by 2020 for series production. 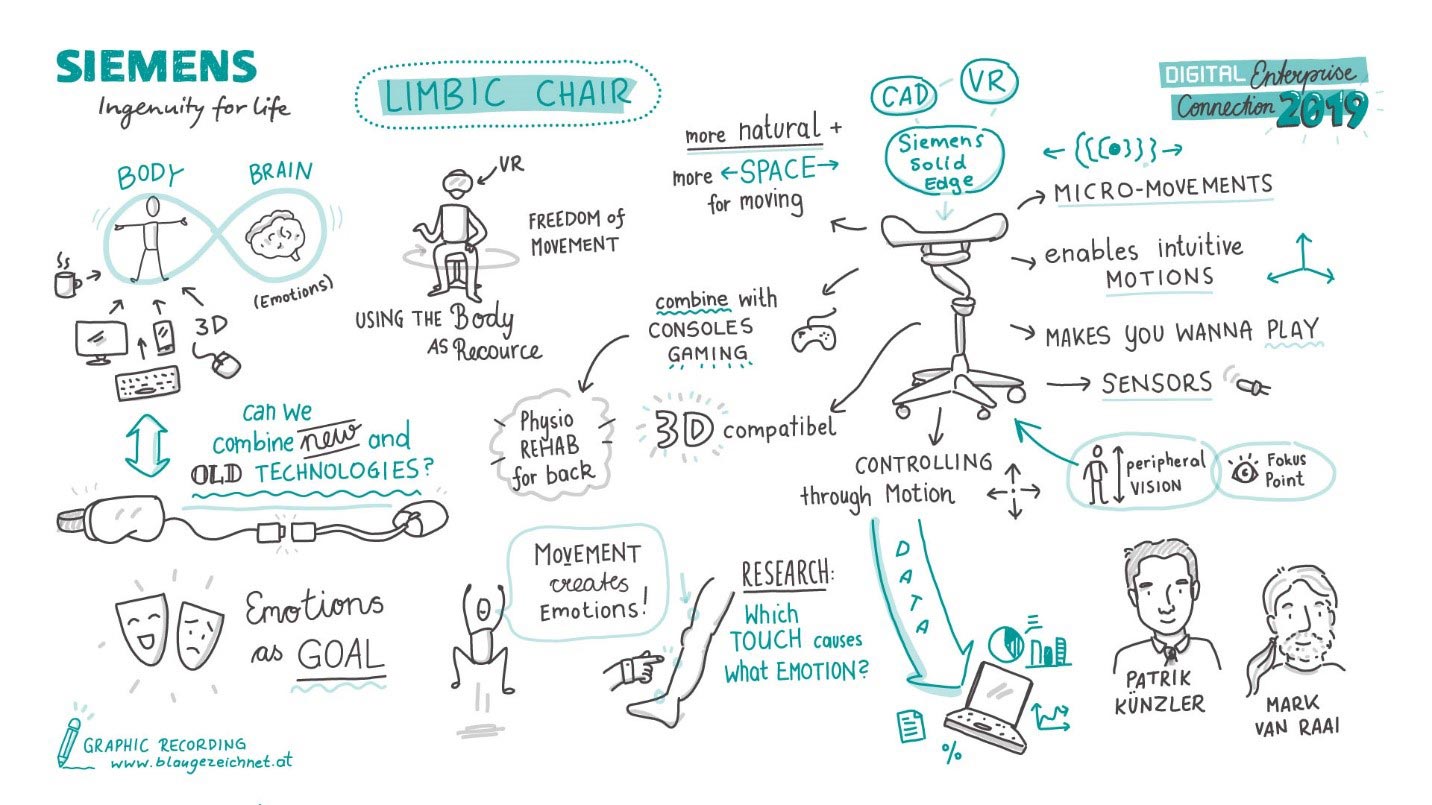 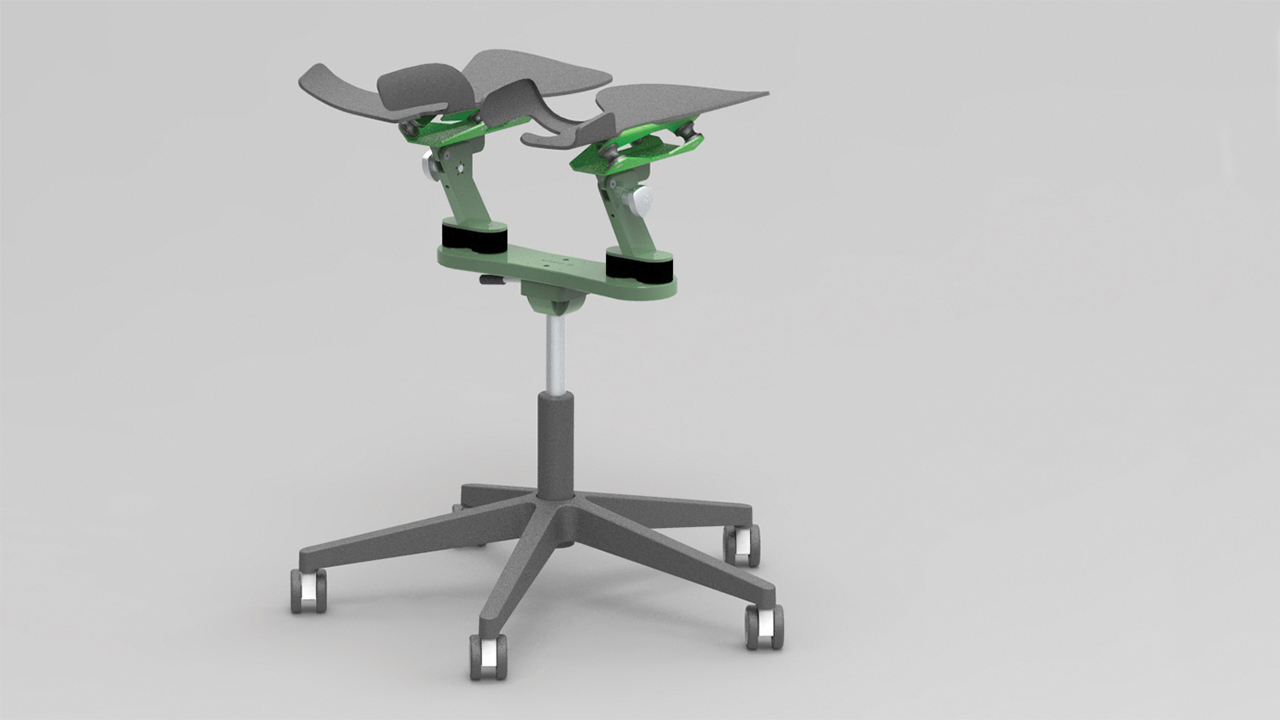 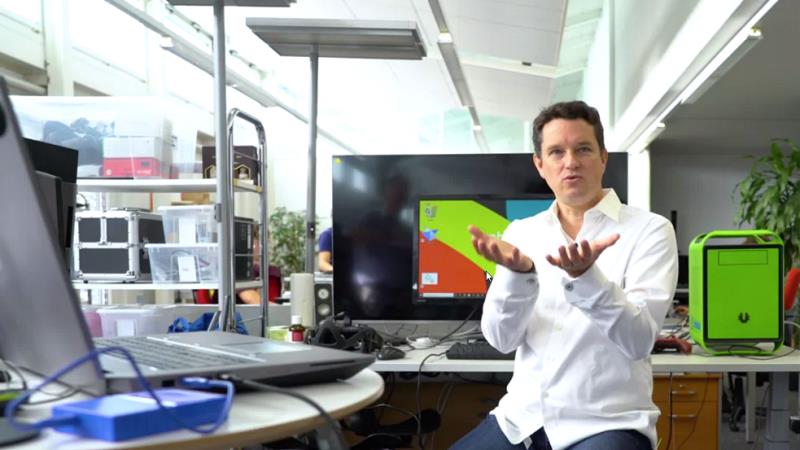