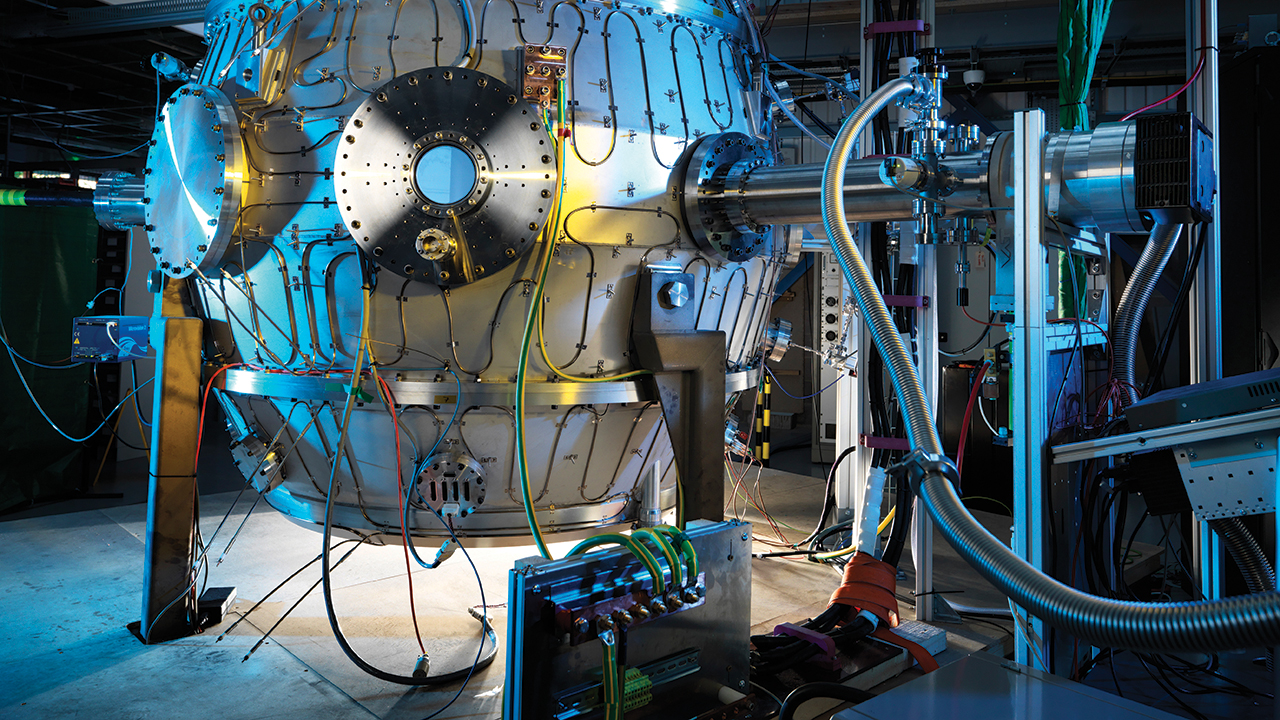 The search for a source of clean, unlimited power with zero carbon emission

There is a huge burst of energy when the nuclei of two light atoms fuse together to produce one heavier nucleus. Stars are created and maintained from such reactions, and our sun is powered by fusion as it continuously turns hydrogen nuclei into helium. For mankind, fusion is the key to an unlimited supply of low-carbon energy and, in contrast to fission, it does not create a chain reaction or produce long-lived toxic waste material.

The easiest way to achieve fusion on earth is by combining two hydrogen isotopes, deuterium and tritium. Fusion reaction takes place at extremely high temperatures and high pressures where gas turns into plasma. The best way to confine the plasma is through magnetic fields in a specialized container known as a tokamak (the word is a Russian language acronym for toroidal chamber magnetic coils). The best performing tokamak, the Joint European Torus (JET) device at Culham in Oxfordshire, once produced 16 megawatts of fusion power, but it has so far proved impossible to produce excess energy from fusion, because the energy required to keep the plasma hot enough for a reaction, and at the same time contain it, has exceeded the energy produced

Creating and containing a star

The conventional answer is to create bigger and bigger plasma containment vessels − one publicly funded tokamak currently under construction requires a building 20 stories high. Tokamak Energy is a private company with an innovative approach: to produce fusion energy within a compact device only a few meters wide. David Kingham, chief executive officer, explains: “Our aim is to be the first to commercialize fusion and the first to create a fusion device that produces an energy gain. We designed the world’s first high-field spherical tokamak to take full advantage of this class of device.”

Tokamak Energy has produced two laboratory prototypes, achieving a world first with the ST25 HTS, which demonstrated the use of high temperature superconductor (HTS) magnets. “Our latest design, ST40, uses copper magnets but is much more of an engineering challenge as we are aiming for exceptionally strong magnetic fields, up to three Tesla at the center of the plasma,” Kingham says. “We understand a lot about the physics, but the big question is how to contain and control the plasma at extremely high temperatures and pressures. We must make the magnetic field as strong as reasonably possible in such a compact device.”

The early milestone of “first plasma” has already been reached. With copper magnets, the pulse length of maximum magnetic field has to be limited to about one second to prevent the copper from overheating. With no overheating issue, the high temperature superconductors to be used in future devices will be able to operate permanently, and Tokamak Energy has its sights set on a plasma temperature of 15 million degrees Celsius (hotter than the center of the sun) and then on 100 million °C.

“We knew that we had a series of design challenges to tackle so we were looking for an industry-standard tool with excellent parametric ability,” says Bill Huang, senior Tokamak engineer. “Solid Edge fulfilled both requirements.”

“We have some original drawings all defined by the physics but some of our geometry is extremely complex,” says Paul Tigwell, mechanical design consultant at Tokamak Energy. “For example, the 24 rods in the center column of ST40 each have a 15-degree twist so that together they form a helix shape. The toroidal field coil outer limbs are in the form of eight sets of three curved limbs bolted together with supports. When we first began working on ST40 it became clear that a 2D approach simply would not work. Solid Edge gives us the accuracy we need, and as a new user I found it very intuitive. It is easy to learn through trial and error.”