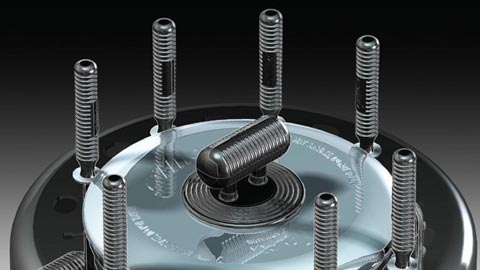 Ikeda Business Group Ltda. (Ikeda Group) is an enterprise organization divided into three distinct business units: Ikeda Agricultural Implements, founded in 1945 to specialize in farming equipment; Division Giragrill, established in 1982 to make barbecue equipment and accessories; and Division Aironflex, formed in 1998, to produce furniture and provide support for the audio and video markets.

The company is headquartered in Brazil, with the bulk of its products designed and marketed for Brazil and Latin America’s Southern Cone. Major manufacturing operations also include China.

The company is an avid user of advanced technologies, of which product lifecycle management (PLM) represents a key part. “An optimal PLM process is critical to our operational agility and competitive edge,” says Hélcio Mariano Pinto, who is responsible for coordinating the product design and development of all divisions of Ikeda Group. “Our design department is unified, and currently all Ikeda Group products are designed and developed using Siemens Digital Industries Software’s solutions – Solid Edge and Teamcenter.”

Several years ago, Ikeda Group used 2D graphics design software to create their agricultural implements, mobile equipment and leisure products. When Pinto was hired, he saw the need and opportunity to improve Ikeda Group’s graphical toolset. Pinto was familiar with a number of popular computer-aided design (CAD) packages, but one in particular stood out. “I really liked the interface of Solid Edge, so I contacted Siemens Digital Industries Software for more information,” says Pinto. That was in 2007. Pinto notes that it didn’t take long for the key decision-makers within Ikeda Group to agree with his assessment. “Management was very supportive. Moreover, we found the interface of Solid Edge® to be the best in its class.” Additionally, Solid Edge software offered advanced 3D capabilities that everyone agreed would serve to facilitate creative problem-solving and innovation.

Solid Edge, in fact, was chosen as the common software to be used by all Ikeda Group employees due to its ease of use and processing speed. “We quickly rolled out the software across the business units,” says Pinto. “With one or two mouse clicks, you perform simple functions and solve a number of problems. I have designers who are so fluid and productive using Solid Edge, they don’t see how they could use another software. This isn’t because they grew comfortable over time using the software; this is because Solid Edge is just so easy to use and intuitive.” According to Pinto, the main goal was to find software with maximum command simplicity since most competitor solutions require a minimum of three mouse clicks or a memorized short cut to execute an activity. “We have tested many competitor offerings and, for us, Solid Edge is the best in terms of work time, project alteration and 3D details.”

The use of Solid Edge also played an important role in Ikeda Group’s improved product development process. “Our overall product development operation now runs smoothly and efficiently,” says Pinto. “Information quality, project security, design reliability and project documentation are some of the areas where we’ve made considerable gains due to our new process and the use of Solid Edge, which made certain process improvements essentially automatic.”

Pinto notes, “Using Solid Edge with synchronous technology, we now work on three or four projects at a time. This affords great flexibility in pursuing new projects involving agricultural implements, mobile equipment and leisure products. Depending on the complexity of the product, sometimes drafts are ready in one day rather than two weeks. I think I can safely say that using Solid Edge with synchronous technology has given us a tenfold increase in production speed. We can simply respond faster, and often ten times faster, to project needs.” Another gain is the ability to work several alternatives of the same project by selecting and dragging some sections in the assembled product without the need to edit the parts separately.